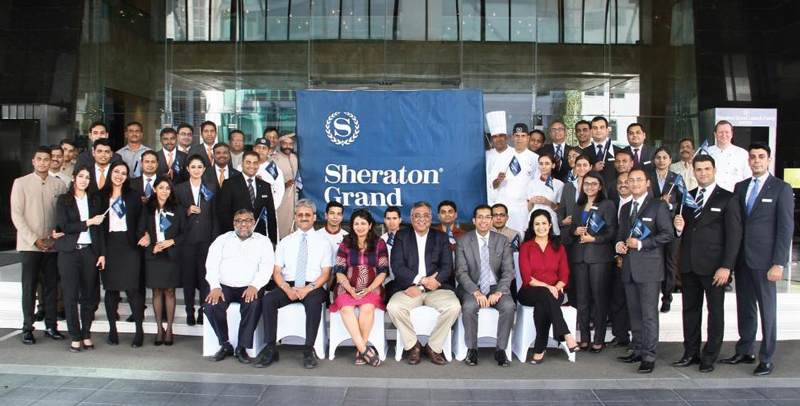 Sheraton, the largest and most well-known brand of Starwood Hotels and Resorts Worldwide, on Aug 19, 2015 recognised Sheraton Bangalore Hotel at Brigade Gateway as one of the 10 exceptional Sheraton hotels across the globe to be crowned as ‘Sheraton Grand’. The company simultaneously rebranded its flagship hotels in Beijing, Tokyo, Miyazaki, Bangkok, Taipei, Seoul, Dubai, Edinburgh, and Rio. The Sheraton Grand is a new premium tier within the Sheraton brand which seeks to better match guest expectations. The Sheraton Grand boasts of superior design, service, guest experience and performance among other such parameters. Sheraton Grand acknowledges hotels within the Sheraton family that offer superior design and service for improved guest experience. Starwood revealed its first 10 Sheraton Grand hotels and 50 newly designated Sheraton Grand hotels are expected to be launched round the world by the end of 2015, with plans for a 100 by early 2017.

The plan is to include 2-3 more hotels in the Sheraton Grand family in India by the end of next year according to Mr. Dilip Puri, Managing Director India and Regional Vice President, South Asia, Starwood. The Grand launch took place among great fervor with a number of associate and guest - facing activities. The Sheraton Grand flags were hoisted by Ms. Nirupa Shankar, Director Brigade Hospitality and Mr. Vineet Verma, Executive Director Brigade Hospitality at the main porch of the hotel along with Mr. Dilip Puri, Managing Director India and Regional Vice President South Asia, Starwood and General Manager Saurabh Bakshi. This was followed by a gala celebratory evening for the hotel’s key corporates, the city’s socialites and in-house guests. A Grand sofa, Grand Champagne tower, Grand Piano together with the Grand staircase and spacious lobby definitely ensured a larger than life feel and ambience. The Paired Menu was also launched at Sheraton Bangalore Hotel at Brigade Gateway alongside the Sheraton Grand launch and guests can savour these varied small plates paired with premium wines and local craft beers at the Lobby lounge of the hotel. It is a fantastic feeling to be adjudged as ‘The Best Place to Work’ among all the Real Estate Companies in the country.