The Ideal Location Checklist for Your Business in India 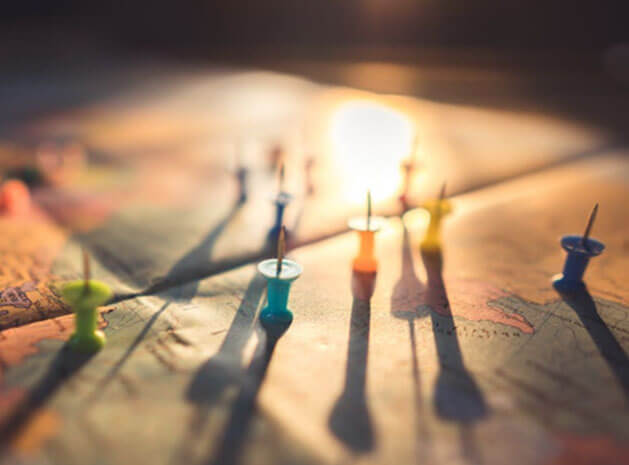 Multiple factors play a significant role in the growth and success of a business, location, of all of them, is the most pertinent one. The famous real-estate mantra, ‘Location, Location, Location’ stresses adequately on the same.  Choosing a location for a business is equivalent to establishing the roots of it; the right decision would make sure that it grows well!  Here’s a list of the best locations across India to kick-start your business idea’s and unleash major business potential -

Kochi
A major port city on the South-west coast of India, Kochi has emerged as the financial, commercial and industrial capital of Kerala. In the recent years, the city has witnessed cumbersome investment, making it one of the fastest growing second-tier metro cities in India. Adding to this, the Kerala government has promised the state an IT led growth in the coming years. Several new industrial and global business centers have been developed to support this for instance - the phenomenal World Trade Center at Infopark , conceptualized by Brigade Group which lets people leverage a global network and multifaceted amenities all at one address.

Chennai
Ranked as a beta-level city in the Global Cities Index and the best city in India by India Today in the 2014 annual Indian city survey, Chennai has established the reputation of being a global city. Home to various industry stalwarts such as Siemens, Alcatel-lucent, Wipro, The World Bank etc. this city has also been ranked 4th in hosting the maximum number of fortune 500 companies. The World Trade Center is now an upcoming project in Chennai and is expected to be operational in 2018 equipped with 2,500,000 sq. ft. of luxury office space built to suit one’s business needs. The World Trade Centers have a reputation of stimulating trade and investment opportunities for businesses looking to connect globally and prosper locally, making it the best location to grow and set your business apart.

Bangalore
The capital of Karnataka, a megacity and the second fastest growing metropolis in India, Bangalore is known largely for its role as the nation’s leading IT exporter and is sometimes referred to as “The Silicon Valley of India”. Forbes has also considered Bangalore to be one of the next decade’s fastest growing cities. The encouragement of high technology industries in Bangalore have led to developers have coming up with innovative solutions to cater to the needs of businesses. Located in the heart of Hebbal – Brigade Opus a premium office development stuns with its self-sufficient bio wall housing 15487 plants and terrace gardens. The bio wall concept has been approached in order to improve health, naturally filtered air inside the building and enhance building visuals. Another strategic development at Brookefields, Bangalore includes the Brigade Tech Gardens; an office ecosystem that encompasses greenery and healthy living with its lush surroundings and amenities that include fitness centers, retail outlets etc.

Gujarat
Having the third largest economy within the country, this city is slowly embarking on a route to being recognized largely for its massive developments over the years.  This city is also home to GIFT City which was recently featured among the top three emerging financial hubs across the globe. Brigade Group has partnered with GIFT and developed Brigade International Financial Centre, an unparalleled office system for leading tycoons in the global finance and IT industry. This property makes a perfect fit for businesses such as domestic and international banks, Foreign exchange companies, Fin-Tech Companies and Financial consultancies.

While the perfect location varies from business to business, considering these will certainly give you the best chance towards beating the odds and achieving excellence.