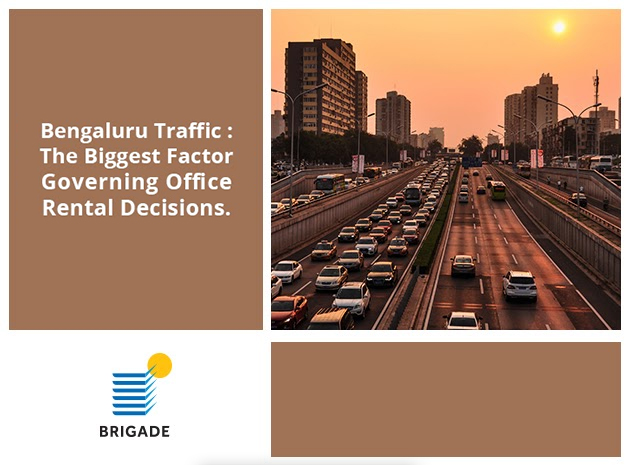 Ever seen police mannequins to regulate the traffic? Dressed in traffic police uniform, 30 mannequins were deployed in Bengaluru in November 2019 to tackle traffic congestions. Such is the condition of Bengaluru traffic.

But how did the situation escalate to this point? The answer is simple:

Entitled as the Silicon Valley of India, home to 5 of India’s 8 unicorns, Bengaluru is currently India’s prime destination for startups. Bengaluru has global brands like Infosys and Wipro which makes India’s IT sector worth $146 billion.

According to CrunchBase, Bengaluru received the world’s fifth-largest amount of funding in 2014 of $2.6bn. There has been a brain drain from other parts of the country to Bengaluru as the top talents are realizing that this is the place with tremendous opportunities. This incoming surge of people only means one thing to the city - more people on the road.

According to a TOI article, the population rise in the city has resulted in a 6% increase in office travel time in 2018.

More employees have also resulted in increased office space demand. This impacts the rental values of offices in the city. Officials from Cushman & Wakefield add that “The Grade A rent in the submarket of ORR has therefore increased by approximately 16% year on year.”

What’s the solution to this problem?
To much delight, the city has already been tackling this problem. The public transportation system is pretty robust to provide maximum support for the smooth movement on the roads.

The city has a well-established bus and metro network to connect all the parts of the city. Most of the people residing far away from their offices take these options. They are the cheapest way to get to long distances. In fact, taking a bus or metro to the airport is the cheapest option available. Metro, on the other hand, serves a dual purpose. Apart from being a cheap mode of commute, it is also the quickest one, with no on-road traffic and hustle.

Apart from these major transport systems, the other local way of commuting is through auto rickshaw. Finding an auto rickshaw is quite feasible from any point or at a walking distance. Also, the auto drivers know the city inside out, so they can get one faster through lesser-known residential roads than their phone’s GPS.

Being the start-up hub of the country, the city has also noticed an influx of various organizations taking up the responsibility on their shoulders to tackle the problem. There are start-ups which have launched different types of commute facilities - be it cab services, self-drive bikes, carpooling and bike pooling services, rental bicycles and bikes, etc. The innovations are also turning to electric vehicles to reduce carbon footprint. These start-ups have now become almost the backbone of the transportation system in the city.

How are organizations tackling the situation?
Companies established in Bengaluru know the problem faced by the employees. Some of them have also started addressing the situation in innovative ways. They have started shifting their offices to the lesser congested places. Major start-ups are following this trend to save employees’ travel time and cost. The new start-ups are preferring North Bengaluru as an option, compared to Kormangala, which was the default location for the entrepreneurs up until now. East Bengaluru is also emerging as an alternative hub to Koramangala.

Brigade group has been trying to solve the problem so that the office renters and the employees do not have to travel far and get stuck in traffic for hours. We are aiming to position our commercial buildings near metro stations and bus stops so that it’s easier for everyone to travel and save time.

Hence, although traffic has been a major issue in Bengaluru, the government, organizations, and people are trying to work out different solutions. The robust public transportation and commuting service start-ups have been working relentlessly to curb the traffic issue and save time and money for the people. That’s why even when the city is already brimming with population and vehicles on the road, Bengaluru is the younger generation’s favourite city to come and begin their career journey and eventually settle here.