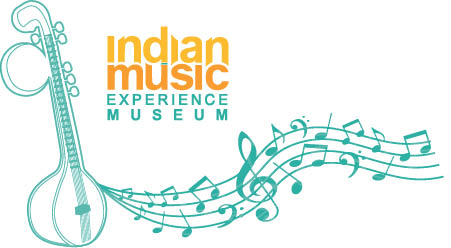 Celebrating the sitar and its maestro

The Indian Music Experience Museum hosted a specially curated centennial exhibition titled ‘Ravi Shankar @100: India’s Global Musician’ in association with the Ravi Shankar Foundation. Celebrating his life’s work and paying tribute to his passion for music, the exhibition featured the Sitars he used, his concert apparel and photographs along with listening stations and interactives that brought alive his music. A special feature at the ‘experience zone’, the music for which, was composed by GRAMMY® award winner, Ricky Kej, left visitors enchanted.

The exhibition was inaugurated on 7 March 2020 by the President of the Madras Music Academy, N. Murali, in the presence of Sukanya Shankar - the maestro’s wife, who is also President of the Ravi Shankar Foundation. Other dignitaries included V. Sriram, renowned author and secretary of the Madras Music Academy and Dr. Guillermo Rodriguez, Founder of Casa de la India in Spain. The inauguration was followed by a scintillating music concert by Ravi Shankar’s disciple, GRAMMY® award winner Vishwamohan Bhatt on the Mohanveena, accompanied by Tabla maestro Bickram Ghosh.

Speaking about the centennial exhibition, Sukanya Shankar said, “Ravi Shankar, the peerless musician, put Indian music and our culture on the global map. Achieving that in a non-digital era is no small feat. His music continues to enthral, inspire and touch hearts. He was on stage for all the ten decades of his life performing his last concert just weeks before he left his physical abode. He dedicated his life to peace through music and left a great legacy in both his daughters and disciples. It is heartening to know that IME is giving a glimpse into his amazing life and showcasing some of his collections for people to enjoy”.

“Ravi Shankar was India’s greatest musical ambassador and a true cultural icon”, said Robert Santelli, Founding Executive Director of the GRAMMY® Museum in Los Angeles and the exhibit’s guest curator. “His music and spirituality profoundly touched millions of people worldwide. It has been a great honour to help tell his story and to work with the Indian Music Experience to create a centennial celebration of his life and work.”

While the IME was not accessible to public due to the lockdown, a virtual walkthrough of the exhibit was made available on IME’s Facebook page and Youtube channel.

An artiste who transcended boundaries

Is the language of art truly universal? Would the lightning speed of legendary Carnatic maestro G N Balasubramaniam’s singing or the high-pitched emotion of Hindustani maverick Kumar Gandharva’s music make any sense to a Korean or a Parisian? Chances are, probably not. Our aesthetic sensibilities are deeply linked to our cultural conditioning. Rare are those artistes who are able to transcend boundaries of language, culture and familiarity to achieve a truly global appeal. And Sitar maestro Ravi Shankar was one of them. In a world where Indian classical music is supported globally by the Indian diaspora, and a majority of touring classical musicians play at Sabhas run by Iyers or Mishras settled abroad, Ravi Shankar was different. He played Hindustani classical music for audiences that often did not include a single Indian.

Part of Ravi Shankar’s success story can be attributed to the times he was born in. An era before globalisation, it was characterised by a rising Indian consciousness. In the west, Indian culture was still relatively unexplored and unknown, imbued with a mystical aura. After Independence, India sent cultural missions to various countries, using its performing arts to build diplomatic bridges. The decades between the 1920s and 1960s were indeed a golden era for Indian classical music. A whole range of legendary musicians emerged during this time. So, why then was it only Ravi Shankar who truly managed to cross over?

Ravi Shankar’s early years travelling across Europe and America with brother Uday Shankar’s dance troupe gave him profound insights into how the world perceived Indian culture. He went on to immerse himself for seven years in the sedate Dhrupad-oriented tradition of the Maihar Gharana, learning from Baba Allauddin Khan, a man of varied musical interests. With these diverse influences, Ravi Shankar struck this golden balance that many Indian musicians of his time may have secretly aspired for, but never dreamed possible. He still played traditional classical concerts, but also collaborated with some of the greatest musicians from other parts of the world. He introduced nearly forty new ragas, but also revelled in the exploration of a centuries-old Miyan ki Malhar or Darbari. He played with large ensembles, and also with just a Tabla. In essence, he stayed true to his classical roots, while being open to ideas and influences from everywhere.

2019 marked the 50th Anniversary of the iconic Woodstock concert. Woodstock was the pinnacle of the hippie movement in the US of the 60s, characterised by anti-war protests and Rock & Roll. Over half a million people gathered over three days in upstate New York for a celebration of music that featured some of the most iconic musicians of the times. And Ravi Shankar was one of them!

As a classical vocalist, I am acutely aware that in trying to popularise or “mainstream” Indian classical music, or make it appealing to new audiences, you run the risk of diluting its essence.

At Woodstock, one would expect that Ravi Shankar would’ve had a drummer and a bass guitarist, and played a composition with an abstract English name like “A stroll in the clouds”. Instead, here was a classical musician playing ragas Puriya Dhanashri and Manj Khamaj, with a Tabla and Tanpura for accompaniment, holding hundreds of thousands of people in thrall! This drove home what is perhaps a universal truth. Ravi Shankar’s inspiring life teaches us to be true to who we are, and that if we are able to do so while achieving excellence and embracing new ideas, our work will transcend boundaries.

A sitar for inspiration

One hundred years after his birth, and eight years after his passing, Ravi Shankar continues to be among the most recognised Indian musicians around the globe. It has taken several decades to produce another Indian musician whose name, recognition cuts across cultures - AR Rahman. And while there is a bit of Rahman in every Indian music composer or band today, his influence on international music and musicians is still relatively limited. Ravi Shankar’s work not only paved the way for Indian musicians to grow beyond the confines of India and its diaspora, but also had a wide-ranging impact on some of the most iconic pop and rock bands of all time. While The Beatles employed the sitar in the albums Revolver (1966) and Sgt. Pepper’s Lonely Hearts Club Band (1967), other bands like The Kinks and The Yardbirds emulated the sitar’s distinctive sound on the guitar. The Byrds went further, adopting a raga-style approach on the guitar to create the genre of psychedelic rock. Brian Jones of The Rolling Stones also learnt the sitar and used the instrument in the band’s hit single ‘Paint it Black’.

Much has happened since the last issue of Brigade Insight published in Nov 2019.