The Top Commercial Areas to Do Business in Bengaluru 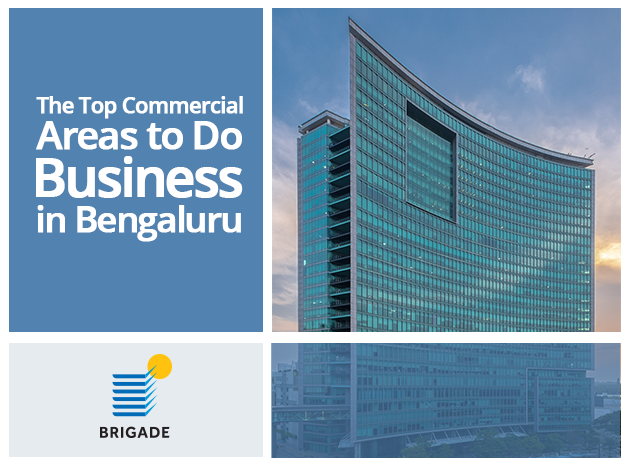 Bengaluru, for decades, has been recognized as the IT hub of India. Owing to its growing pool of talent, financial growth opportunities and investors, it has risen to be one of the most favourable cities in the country to operate from. This city also happens to be the 2nd fastest growing start-up ecosystem in the world as indicated by the Global Start-up Ecosystem Ranking by a San Francisco-based research firm that provides global benchmarking tools.

According to JLL, businesses are increasingly looking for alternative business hubs that offer a more cost-effective rental/sale value and are near the population centers. Bengaluru, as a business center, fits the bill and has become a major attraction to companies across the country.

Let’s take a look at the top five commercial areas in Bengaluru that are most conducive for businesses. 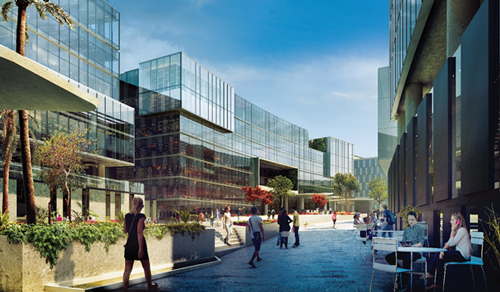 A booming spot in East Bengaluru, Whitefield has seen major growth in the IT sector judging by the sheer number of IT Parks in the area. In addition, Whitefield is on the route to becoming a Special Economic Zone (an independent area that aims at increasing trade balance, employment, job creation, and investment).  At present, the area offers an average rental of INR 40 - 45 per sq. ft.

Owing to the aforementioned arguments, Whitefield is positioned as a very desirable investment opportunity. As investment grows, the infrastructure becomes better and with the ongoing metro rail project, the connectivity is also going to get more convenient. After Whitefield’s exponential growth, the neighbouring area of Varthur is also one area to look out for. Varthur’s connectivity to Sarjapur and Marathahalli indicates the presence of more upcoming integrated enclaves in the future.

Brigade Group has tapped on this and is in the process of developing one of its most prestigious projects in Whitefield - Brigade Tech Gardens, an integrated SEZ office space, that will not just provide businesses with tax benefits but also cater to the demands of the 21st-century workforce. 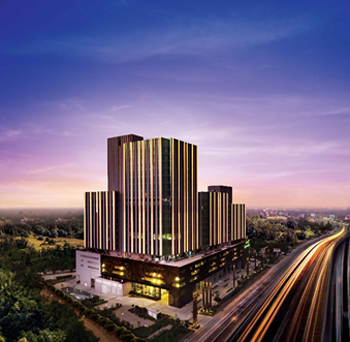 Located in East Bengaluru, Indiranagar is a booming residential area equipped with the metro rail line aiding people from different parts of the city to come together for work and leisure. It also happens to be one of the most vibrant parts of Bengaluru, with the abundance of cafes and pubs, allowing employees and business owners to unwind post office hours. While the commercial spaces are mostly concentrated around 100ft and 80ft roads, this area is slowly becoming a top business zone for commercial activity.

Close to Indiranagar is a growing business corridor, Old Madras Road. Due to its close proximity to various parts of the city and the growing opportunities there, Brigade has set up an integrated enclave at Old Madras Road - Brigade Golden Triangle which houses the commercial office space, Signature Towers. This mixed enclave promises a lifestyle of convenience and connectivity all at once & is also well connected to three of the major hubs of the city - Whitefield, MG road and the International Airport. The current average rental rate here is INR  78 - 88 per sq. ft.

Outer Ring Road
Another upcoming commercial area in Bengaluru is the Outer Ring Road, one of the fastest growing IT corridors in India. It runs around most of the perimeter of the city and is seeing exponential growth in the past decade. With a high net absorption rate owing to the annual growth of about 65% and overall growth of 1,26,68,457 sq. ft. The average asking rentals for the area has also improved to INR 86.96 per sq. ft.  As off 2018, within Outer Ring Road and Whitefield, the commercial workspace stock accounts for almost 78% of Grade A stock in the city.

Marathahalli
Ever since the IT boom in the 90s, Marathalli, which was once a peaceful village, has suddenly developed into a micro market with a cosmopolitan flavour and a golden opportunity for real estate investment. Established in South Bengaluru, Marathahalli is a well-connected area surrounded by IT hubs. What’s more, the amenities and infrastructure in and around the locale such as the supermarkets, residential complexes, and commercial spaces, have attracted some major companies to set base there. Marathahalli is also well-connected with IT hubs such as Whitefield, Sarjapur, and Varthur and offers an average rental of INR 41 - 44 per sq. ft.

Electronic City
Divided in two by the NH7, Electronic City happens to have a large IT concentration in the city. Located along Hosur road, this part of the city is well-connected to other parts of Bengaluru and the neighbouring state of Tamil Nadu. The average rentals here are up to INR 38 - 45 per sq. ft.

Central Business District (CBD)
Typically, central business districts are the commercial hub of any city. The CBD in Bengaluru is the capital of the city and located within a 20 km diameter from the Vidhan Soudha. The area also underwent a facelift under the Smart City Project which has aided it, in its transformation. CBD, Bengaluru is also home to the oldest continuously operating high street in the city - Commercial Street and the Karnataka Film Chamber of Commerce. For businesses looking to invest in this area, the average rentals range between INR 82 - 96 per sq. ft.

Yeshwanthpur
What was once considered a distant suburb of Bengaluru is now on the road to major expansion. With increasing growth, the city has expanded much beyond the suburbs in recent times. Yeshwanthpur is surrounded by heavily populated areas like Rajajinagar, Malleshwaram, and Sadashivnagar. With Bengaluru’s industrial hub just a few kilometres away, investing in commercial spaces here is a good option. The area offers a healthy resale value and with the IT sector slowly spreading to Yeshwanthpur, the locale here is constantly growing in terms of amenities and infrastructure. The average rentals fluctuate between INR 27- 30 per sq. ft. in this area. 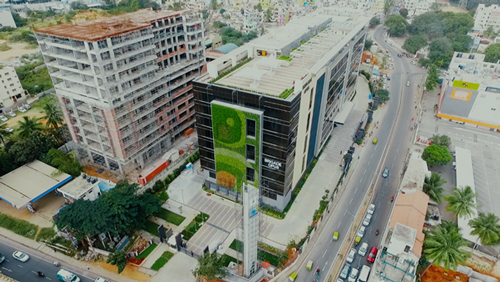 Hebbal is another one of Bengaluru’s strategically located areas which have seen major commercial growth with international companies taking up office spaces. Availability of grade A projects like Brigade Magnum and Brigade Opus has fuelled the commercial growth in this area. Another important factor working in favour of the locale is the unsurpassed connectivity to the other parts of the city via flyovers and 6-lane roads. Hebbal is expected to see exponential growth with many more Fortune 500 companies coming in. This area also has a decent average rental rate ranging between INR 52-57 per sq. ft.

With these top locations and a wide variety of industries, Bengaluru has become one of the most sought after places to work in the country.