Digging deeper into the human population, let’s take a look at where all we call home, our belief systems,  our communication media, our languages and other facets by condensing the world down to a mere
100 people. 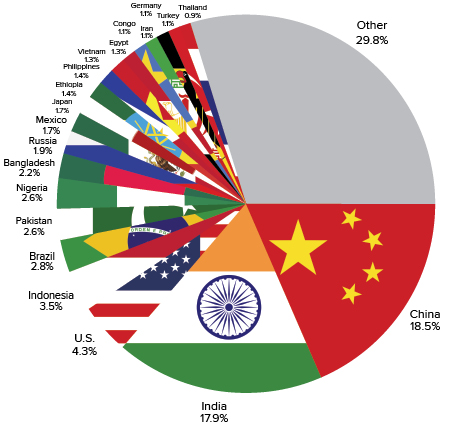 Human population has hit record numbers and we’ve explored the far corners of the world. Even though the lines between races are becoming thinner, we still identify with nationalities. Let’s take a look at the various nationalities we identify with.

What do 7 billion people do?

A look at our professional lives. Let’s take a sneak peek at what 7 billion people do to make a living.