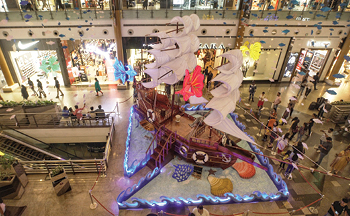 A month-long gala event had both kids and grown-ups thronging in and enjoying themselves at the ocean-themed kids summer carnival. Being a first-of-its-kind in the city, everyone who visited it was left starry-eyed.
With spectacular oceanic decor, magnificent life-sized animatronics featuring sharks, giant octopuses, sting rays, dolphins, seals etc., it was certainly an experience that many will never forget. The engrossing Terrarium and Planted Aquarium workshops also had entire families participating in them and having a great time. 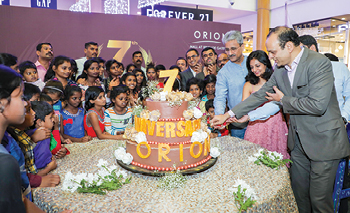 It’s been seven glorious years, and Orion Mall still is the top-of-mind destination for shopaholics in the city. With a wide array of year-round shopping & lifestyle experiences, over 150 million footfalls and more than Rs.4,500 crores in sales, it is easy to see why Orion Mall is South India’s most awarded mall.

Celebrating Orion Mall’s 7th Anniversary, a special event was organised for both employees and retailers, along with children from an NGO joining in the celebrations. 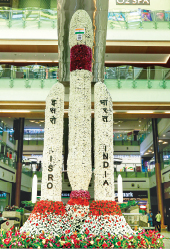 The Independence Day weekend bloomed spectacularly with the Orion Flower Show. The Orion Mall @ Brigade Gateway came to life with a spectacular display of floral installations that exuded patriotism in a plethora of shades and contours. Visitors were mesmerised by a bevy of floral works of art that signified the current upswing of India including Chandrayaan 2, Tejas Fighter Jet, aerobatic formations, cannons and even traditional dancers. Adding to the magnificence of the occasion, was the Air Force Symphony Band performing an Indian Air Force Air Warrior drill dedicated to the memory of the legendary Marshal of the Indian Air Force, Arjan Singh. 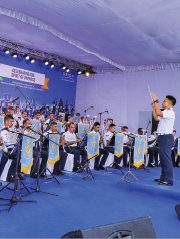