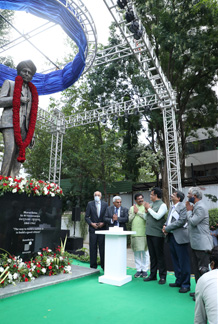 This would be the third statue installation of a reputed figure by Brigade, the other two being that of Swami Vivekananda which was installed at Ulsoor Lake Park and Mahatma Gandhi installed at Brigade Gateway Campus.

“Sir. M Visvesvaraya has been an excellent statesman and an eminent engineer and we are humbled by his simplicity and inspired by his ideals. This installation is our way of saluting the great man and is a tribute to the key role he played in building modern India. ”