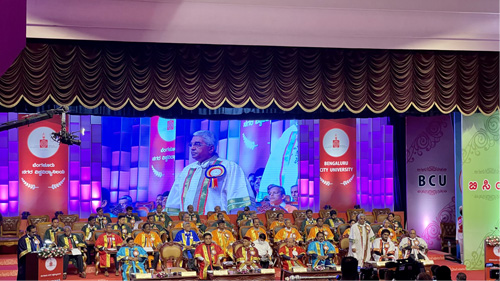 We are proud to announce that our Chairman & Managing Director, M R Jaishankar was conferred with an Honoris Causa Degree (Doctorate) by the Bangalore University for his meritorious contributions to ‘infrastructure development and philanthropic approach for social cause’.

GIVING BACK TO BENGALURU

These are just a few of the many contributions made by Mr. Jaishankar to this city.

“ He has done exemplary work in making a difference not only by changing the skyline of Bangalore, but also through his valuable contributions to social services, his interest in arts and music, and many other aspects. ”