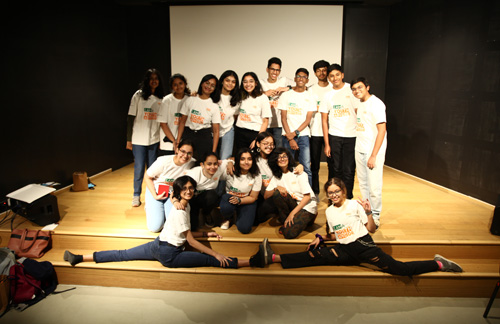 Putting the youth in the driver’s seat.

IME partnered with the British Council to launch a series of programmes to involve the youth in culture in different ways.

IME became the first cultural institution in the country to have a Youth Advisory Board, where a group of 18 young people, from the ages of 14-18 years worked together to conduct audience research and provide implementable recommendations to the museum to make IME a more youth-friendly space.

They also conducted an online open mic called 'Swar Stage' where young people showcased their musical talents to their peers.

In addition, other programmes under the #YuvaInCulture initiative include a ‘Safe Space for Young Artistes’ and an internship programme for future museum professionals, which is underway.